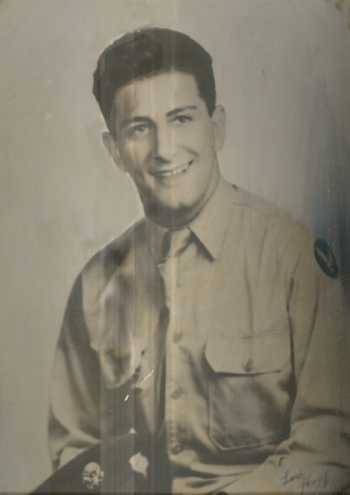 In the early twenties, in Hamilton, Ontario, Canada, a little Armenian boy was playing with his brother and sisters in the snow. That little boy was you, Harry.

Like so many Armenians, your parents, Charles and Mary Zadoorian, were forced to leave their beloved land to escape genocide. They settled in Canada and started a new life.

Guess you remember every single moment shared with your mom. How could you ever forget the sound of her voice, the touch of her hand and the goodness of her heart. At that time, you were too young to see the pain and sorrow hidden behind her smile. A few years before you were born, her first child was murdered in the Armenian Genocide, and a part of her heart died on that day.

Looking back on your childhood, there were unforgettable moments that became treasured memories, and there were also struggles. One of the most painful moments must have been when your father walked out the front door and abandoned the family. Just like that, your dad was out of your life. As a consequence, your big brother Bert dropped out of school after ninth grade and started working to help support the family.

A few years later, your family moved to Detroit, Michigan, and you married Lucy. She was the one, and you couldn’t wait to spend the rest of your life with her, but in a world of chaos and terror, you did what you had to do. Like many Armenians, you joined the U.S. Army to liberate Europe and defeat the Nazis. Just before going overseas, you said goodbye to your loved ones and told Bert to look after your mother.

As a proud member of the 853rd Bomber Squadron, 491st Bomber Group, you played your part and fought for our freedom…until March 24, 1945. On that fateful day, you were on a mission over Germany when anti-aircraft fire hit your B-24 bomber, taking out two of its engines. Only God knows what you thought about seconds before the aircraft crashed and exploded. You had so much to live for, so many dreams to fulfill, and so much love to give, but you sacrificed everything for us.

You were then buried with full military honors at the Ardennes American Cemetery in Neupré, Belgium, and here we are, more than 74 years after your death, thinking about you and still missing you. In a world at war, you were one person, but for many persons, you were the world. Hope you know how grateful we are for what you did, and that we will never forget you.

In the early nineties, at the Ardennes American Cemetery, snow was falling and a little boy was looking at all the white marble crosses. That little boy was me, Harry.